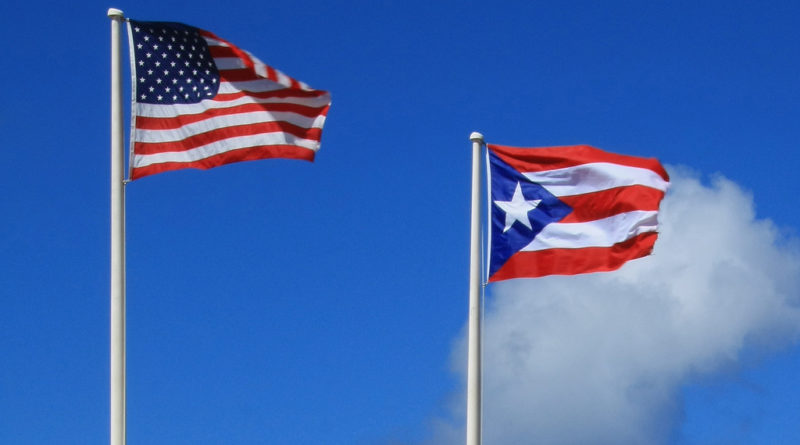 The United States Senate has until July 1 to provide essential relief to Puerto Rico in order for the island to avoid an otherwise imminent default on billions of dollars of debt. Such a default would result in the economic and humanitarian demolition of the commonwealth and would be difficult, if not impossible, to recover from. The “Puerto Rico Oversight, Management and Economic Stability Act” (PROMESA) is Puerto Rico’s only hope to avoid default. However, resistance from Senators like Bob Menendez (D-N.J.) has the potential to send the bill back to the House before the July 1 deadline. Menendez and other Senators insist that the bill should not be passed without additional amendments which would give Puerto Rico more of a say in their own financial situation. While Menendez’s perspective is an important one, this debate could not come at a worse time. Indeed, these amendments, though well intended, would effectively suspend Puerto Rico in legal and economic limbo while it continues to wait for Congress to decide its fate.[1]

How did things get so bad?

Puerto Rico is currently facing over $72 billion USD of debt, due in large part to a pattern of convoluted United States policies toward the island. For years the United States and the government of Puerto Rico gave major tax breaks to companies in the commonwealth in an effort to bolster the its economy. This strategy attracted investment, but it also decreased tax revenue on the island. This depleted tax revenue from years of corporate tax breaks became problematic after the breaks expired around 2006. Congress’ failure to renew tax breaks in Puerto Rico resulted in the exodus of many major companies from the island and ultimately threw the commonwealth into recession.[2]

The island was unable to sustain itself thanks to the already depleted tax revenue from years of Washington-sponsored corporate tax breaks, coupled with the exodus of people and corporations. Indeed, with an aging population and a weakened tax base, the island faced reduced ability to provide essential social services like Medicare and Medicaid. To make matters worse, this economic downturn coincided with the 2008 global recession which crippled Puerto Rico’s primary trading partner, the continental United States – hitting the commonwealth’s already vulnerable economy.

To balance its budget, the commonwealth was forced to borrow huge sums of money from creditors who were willing to lend as a result of the commonwealth’s tax-free bonds.[3] This means that Puerto Rico was able to rack up massive debt while running deficits, something that is currently prohibited for most U.S. states.[4] In 2014, the weakened economy and mounting debt was made even worse by the label, “junk status,” given by three major credit rating agencies.[5] This status indicates that the bonds are risky investments with high probabilities of defaulting.[6]

Puerto Rico is on the brink of an economic collapse and humanitarian crisis, unless it is allowed to restructure its debt. After the Supreme Court struck down Puerto Rico’s ability to independently restructure its own debt in the June 13 case Puerto Rico v. California Tax-Free Trust, the island’s only hope for preservation lies in the hands of a fractured Congress.[7] Indeed, the upcoming Senate vote on the bipartisan bill, PROMESA, is Puerto Rico’s last chance before the July 1 default at a comprehensive debt restructuring.

In a June 24 panel discussion at the Center for American Progress, Puerto Rican Governor Alejandro Garcia Padilla declared that “defaulting is not an option” and that the island “needed the bill [PROMESA] yesterday.” Rep. Pierluisi of Puerto Rico, Counselor to the Secretary of the Treasury Antonio Weiss, and MIT professor Simon Johnson all echoed Padilla’s sentiment by emphasizing the island’s imminent need for relief, access to the global market, and opportunities for economic growth. Right now, PROMESA is Puerto Rico’s only option for moving toward those basic economic and humanitarian goals. While the bill is indisputably essential for the island, it is not without flaws.

PROMESA passed the U.S. House of Representatives with 90 percent of the progressive vote, 75 percent of the Latino vote, and widespread bipartisan support.[8] In many ways PROMESA represents a bipartisan success for the hyper-polarized U.S. Congress. However, it also represents the United States’ consistently paternalistic and detached approach to the commonwealth. This approach is evident especially in the bill’s inclusion of an oversight board which calls for six members appointed by the U.S. Congress and one appointed directly by the president.

The oversight board is a provision in PROMESA intended to monitor Puerto Rico’s debt restructuring and, according to Secretary Weiss, it is “designed to go away after 4 years of a balanced budget.” Despite this intention, many critics are skeptical that the United States will forfeit its position of economic dominance over the island once the board is established. Even Governor Padilla at the June 24 panel discussion admitted that he “does not like the oversight board…but right now what is the alternative?” This begrudging acceptance of PROMESA restrictions is a common refrain among policy makers, media outlets, and Puerto Ricans. However, it is an irreconcilable part of the bill and will come into effect if PROMESA is passed.

Ultimately, despite colonial overtones, the bill is, in Secretary Weiss’s words, “necessary to lay a foundation for growth” in order to ensure a long-term economic future for the commonwealth. As PROMESA is Puerto Rico’s only option for relief, public officials in the commonwealth have no choice but to support the bill in its entirety, even though many of its provisions will only further complicate the island’s legal and political status. *

As Padilla declared at the June 24 panel discussion, the current status of Puerto Rico marks the “biggest debt crisis in the history of the U.S.” with over 3.5 million citizens at risk of losing crucial services such as clean water, safe transportation, and electricity.[9] Congressional failure to provide relief through PROMESA would mean the abandonment of millions of U.S. citizens, and the unraveling of Puerto Rico as we know it.

Ultimately, passing PROMESA is the very least Congress can do to help mend years of systematic economic manipulation. However, the movement toward a more functional Puerto Rico cannot stop there. In order to prevent this kind of crisis from happening again, a sustained and meaningful conversation about the island’s lack of autonomy and voice in their own affairs is essential. With over 14 lawsuits against the commonwealth, $72 billion USD in debt, and a contentious political battle, neither Puerto Rico nor the mainland United States can afford to keep the island in this murky legal limbo http://stor..s-soft/.

* A previous COHA article with additional information on PROMESA is available here.

bid high risks of default.ents itizens of a foreign country.lp the island, and in doing so treated the commonwealth as if s of