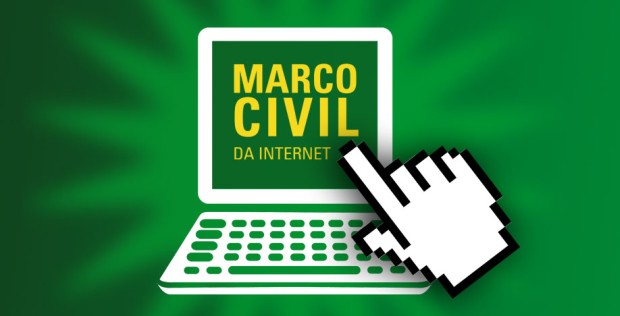 The so-called “Brazilian Internet Constitution” was shelved for the sixth time on December 5 after the government failed to even bring the legislation to a vote. The draft document, 25 articles in length, aims at spelling out the rights and responsibilities of internet users and providers, and also fixes the Federal Government’s ability to intervene in the matter. [1]

The controversy that forced Brazilian party leaders to delay the debate of the measure to this year hinged on the principle of neutrality, which prevents Internet providers from affording priority to certain packets of data or clients who pay more for their service. Had Brazilian politicians been able to come to an agreement, the country would have been a pioneer in prohibiting, as a matter of law, these measures routinely practiced by telecom companies both in Brazil as well as elsewhere in the world.

In the United States, this same subject had already found its way on to the agenda of the U.S.Congress. In the case of the U.S. legislature, a great majority of that body came out against any regulation regarding the principle of neutrality. Analogous bills have failed on a total of five occasions due to strong Internet-freedom lobbyists on Capitol Hill, a similar situation to that found on the Brazilian Central Plateau.

The first draft of the Brazilian Civil Rights Framework for the Internet (CRFI), also known as the “Brazilian Internet Constitution”, was issued in 2009 and was followed by highly regarded public hearings. Coming from various fields, specialists, as well as NGOs, private companies and ordinary individuals were called upon to contribute to a final version of the bill through the website Cultura Digital [2]. The Congressional portal E-Democracy[3], along with social media tools and in-person meetings that were utilized throughout the country in order to bring the document to the people[4]

The legitimacy afforded to the bill by the participation of Brazilian civic components in the inculcation of the law’s principles must not be underestimated. As a result of this process the collaboratively-developed initiative was ultimately presented by Brazilian president Dilma Roussef to the Brazilian Congress in August 2011.

Upon reading the bill, one can identify a handful of very basic consumer rights’ issues related to Internet connection failures. This subject is a matter of considerable contention in Brazil where users, after suffering for years with dial-up connections, have recently experienced poor broadband access and frequent, albeit short Internet outages.

An extreme case occurred in 2008 when the Spanish telecom company Telefonica left its then 2.2 million clients in the state of São Paulo without Internet access for 120 hours, causing an interruption in essential services. Disruption to police reports, banking systems and data transfer brought chaos to companies as well as private citizens. Three years later, the auxiliary organ of the Brazilian judicial power for consumer rights, Procon, found Telefonica to be receiving the sixth highest amount of complaints related to the services it provides.[5]

The framework of the bill also advocates user privacy, and thus forbids Internet providers from either disclosing their clients’ personal data or tracking their clients’ activities (except under judicial order).

Brazil has been demonstrating its modernizing trend in education by assigning to the public sector the duty of bolstering digital inclusion and digital literacy throughout the schooling system, and in fact this bill serves to extend this action. The hope is to continue the process of diminishing inequality of access to information and communication technologies amongst the various regions, while expanding e-government tools and disseminating public data through high quality state run websites and portals.

Where the bill has most come under scrutiny is in its inclusion of language concerning the principle of neutrality. The doctrine has become the utmost caustic factor of discord amongst Brazilian Congressional members with regard to this particular legislation. This clause refers to the required isonomic treatment of any sort of data that is being downloaded, no matter who the client may be. On the other hand, Internet providers argue that users who need faster Internet connection should pay more for the service. They also claim that there could be a lack of resources to invest in technology if the principle of neutrality is applied, since users would be expected to pay a fixed fare for the same amount of data.

Complexity of the issue and the international context

It is important to highlight that the debate over Internet regulation involves several issues that include not only the prospect of cybercrime and the principle of neutrality, but also censorship and the dynamics of media control.

In the course of negotiations, a group of countries, led by the United States, fought diligently against the inclusion of any laws regulating the Internet. Several countries including China, Russia and Saudi Arabia argued in favor of greater Internet control, and thus effectively against the conglomerate led by the US. The stance assumed by the latter group of countries functions to expose the not-so hidden interest of their governments in the possibility of silencing political opposition through media control.

In this respect, the Brazilian position at the conference was interesting enough and reflected the complexity of the discussions that were held in Dubai look at here. Although the country voted in favor of the final acts, and thus took a position contrary to the smooth functioning of U.S.-Brazilian relations, Brazil’s ultimate decision was based on the country’s need to broaden Internet access (which is meant to be achieved as a result of several rounds of legislation), as well as its desire to protect against censorship and content control.

Despite this decision Brazil is still seen as a forerunner with regard to internet freedom. Article 3 of the CFRI safeguards free speech, communication, and manifestation of thought. The framework also supports the citizen’s right to access the Internet as well as public information. According to the Freedom House Map, “Freedom on the Net”[6], Brazil finds itself alongside the likes of the U.S., Argentina and Germany concerning freedom of the Internet.

Today Brazil has a large base of Internet users. An example of this extensive participation can be seen in the extraordinary number of Brazilians who are currently active on Facebook.[7] Brazil ranks only behind the United States in terms of citizens with a Facebook profile. The country is also home to hundreds of thousands of potential Internet users, many of which are only waiting on service to arrive at their homes.

The potential economic power represented by these cyberspace consumers has attracted the attention of both Silicon Valley as well as Brazilian Internet providers. Nevertheless, the search for new sources of productive wealth by American and Brazilian corporations cannot take priority, most especially in detriment to high quality and ubiquitous Internet access. The citizens who agonize with meager and unequal levels of information and educational access are those who most probably stand to benefit from the CRFI. Although the bill is currently held up by the inclusion of language treating Internet neutrality, Brazilian lawmakers must not back down from this ever important principle, as it will serve to guarantee digital inclusion and democracy in Brazilian cyberspace.