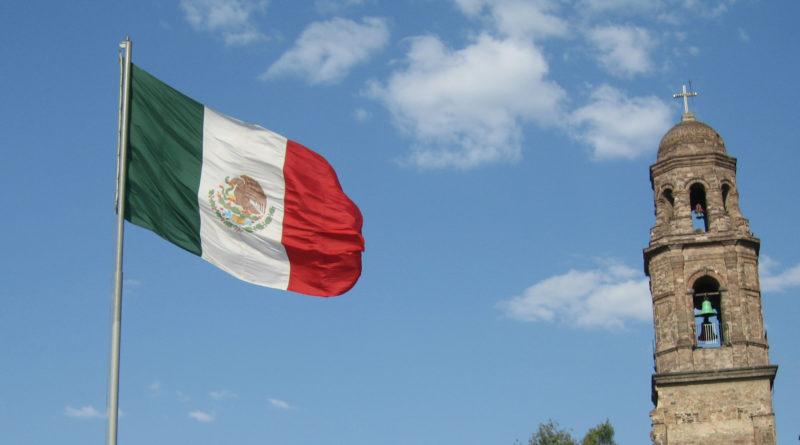 What’s Up For Grabs?

On June 7, Mexico will hold its 2015 mid-term federal elections. The mid-terms in Mexico come every three years, occurring as a halfway point in the six-year presidential term; this will then be the most important round prior to the 2018 presidential elections. At stake will be 500 federal deputies, nine governors, 17 state legislatures, and 903 municipalities/delegations, 83.5 million Mexicans are registered to vote.[1] Among the diputados (deputies) to be elected into the Cámara de Diputados (Chamber of Deputies), 300 will be directly elected by plurality from single-member districts, while the remaining 200 deputies will be elected through proportional representation, each party’s share of the national vote.[2] The gubernatorial seats up for selection are Baja California Sur, Campeche, Colima, Guerrero, Michoacán, Nuevo León, Querétaro, Sonora, and San Luís Potosí.[3] 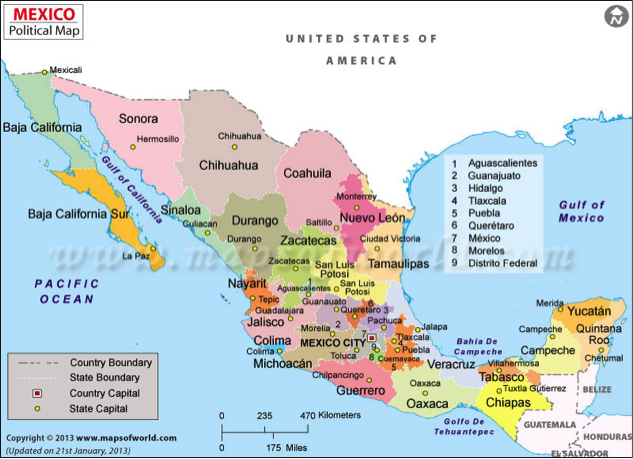 Ten parties are listed on the ballot:

The PRI, a centrist party, dominated the federal government for 71 years (1929-2000). The PRI has in recent years offered an ideological platform of privatization and neoliberalism, and is historically linked with high government corruption. The PAN, a center-right party, follows a closely conservative stance in Mexican politics, advocating for free trade, small government, and privatization. The PRD, a left party, adheres to a social democratic platform, supporting the dissolution of all barriers to social and economic equality in Mexico. The PES, a center-right party, follows a conservative platform, supporting campaigns such as anti-abortion. The PNA, a center-right party, follows of a liberal ideology, previously aligning with the PRI. The PVEM, a center-right party, advocates for environmental protection and sustainability in Mexico. The PH, a center party, adheres to a humanist ideology with an emphasis on agrarianism as the government’s focus. The PT, a leftist party, follows a similar platform of democratic socialism and often aligns with the PRD. The Citizens’ Movement party, a leftist party, claims a social democracy ideology, often allying with the PRD and the PT. The MORENA, a leftist party, is one of Mexico’s newest, founded by Andrés López Obrador in 2014 under an ideology of democratic socialism.

According to a study conducted by BMI Research, a global industry analysis corporation, the Mexican public’s highest concerns in the mid-terms are government corruption, criminal activity, and drug trafficking. 79 percent of Mexicans believe that crime is the nation’s biggest problem, while 72 percent believe that drug cartel-related violence and corrupt political leaders are tied for the nation’s second most significant issues.[5] Many are worried about the effectiveness of the nation’s campaign regulatory agency, the Instituto Nacional Electoral (the National Electoral Institute, INE), in preventing the flow of monetary contributions by criminal and drug organizations into the pockets of candidates.[6] In 2013, the INE was created to replace the Instituto Federal Electoral (Federal Electoral Institute, IFE), to better combat the presence of dirty money in electoral campaigns. However, Mexico suffers from a long history of creating new agencies to replace failing ones, without any major institutional changes other than a difference in label.[7] Many are worried that the INE will fall victim to the same fate. Meanwhile, mid-term elections are highly susceptible to influence by organized crime money.[8] The public remains apprehensive of the political clout that many crime organizations have accrued and can use to readily sway electoral outcomes.

According to a poll on March 15, the PRI stands at 32 percent, the PAN stands at 22 percent, the PRD 14 percent, the MORENA 8 percent, and the PVEM 7 percent, while the remaining five parties combined poll at 17 percent of potential voters.[11] These findings indicate that the PRI will most likely maintain the plurality of the seats in the Chamber of Deputies while only losing a small number to other parties.

Although the PRI remains first in the polling statistics, the PAN is a threatening contender, trailing by only ten percentage points. However, it seems unlikely that the PRI will fall from its dominant poll standings in the month leading to the elections, even as party leader, President Enrique Peña Nieto’s approval ratings continue to sag.

The Peña Nieto Administration and the ruling PRI have suffered a decrease in approval ratings following the September 26, 2014 disappearance of 43 university students from the Rural Teachers’ College of Ayotzinapa in Iguala, Guerrero. The students are feared to have been killed by a local criminal group.[12] The perceived ineffectiveness of Peña Nieto and his administration in addressing the disappearance of the students has sparked widespread unrest, destabilizing his efforts at economic and social reform. The incident is seen as just the latest failure in dealing with the rising toll of civilian deaths in recent years.

According to a study conducted in spring 2014 by the Pew Research Center, “since 2012, negative attitudes towards the president have increased 10 percentage points.” [13] Still, the president maintains higher approval ratings than the many other leaders; when asked to compare with Andrés Manual López Obrador, Mexico City’s previous mayor of six years under the PRD label, or Marcelo Ebrard, the PRD’s 2012 presidential candidate and subsequent founder of MORENA, Peña Nieto polled higher.[14] The problem is that many perceive the PRI to be innately corrupt.

“60 percent of the country believed corruption had worsened during [Peña Nieto’s] term,” according to a February 2015 poll in Business Insider.[15]

Amid growing concerns of the administration’s failure to curtail violence and corruption, many are worried that the economy will not recover in the upcoming fiscal year. His economic program is unpopular, receiving harsh criticism for his immense reform of the energy sector, debatably the largest upheaval in Mexico’s economic sector in the past 50 years. Under the Peña Nieto Administration, a comprehensive energy reform bill was signed in December 2014 that ended the 75-year-old oil monopoly and state-owned corporation Petroleos Mexicanos (Pemex).[16] The bill allows for domestic and foreign companies to directly compete with Pemex, whereas previously private companies were solely able to work for Pemex under service contracts.[17] With plunging oil prices, the reform bill holds the possibility to only further stifle foreign investment, the reciprocal of its intended effect. Many Mexicans believe that the energy reform bill is a surrender of Mexican reserves to foreign companies. The widespread public disapproval with Peña Nieto’s energy reform bill will most likely translate to a weakened position for the PRI in the mid-term elections. Nevertheless, the party still remains dominant in the polls, mainly due to the even greater unattractiveness of the other parties.

Harsh criticism of the PRI will likely increase the PAN’s odds of a more favorable outcome in the mid-term elections, decreasing the momentum that the PRI has experienced in the recent years. Additionally, a victory by the PAN in several of the governorships could increase their presidential chances in the upcoming 2018 elections, as the PAN currently only holds eight of the 31 governorships, compared to the PRI’s 20.[18] The PAN will look to these mid-term elections to regain control of Mexico’s lower congress, the Chamber of Deputies, and increase their holds on various governorships.

On the surface, both the PRI and the PAN have similar legislative platforms in three major areas: rule of law and corruption, the economy and financial policy, and energy. The PRI and the PAN agree upon reducing state and municipal corruption, increasing education, improving human rights, raising the minimum wage, and monitoring the implementation of the energy reform to increase the presence of international investors.[19]

However, the PRI and the PAN’s specific platforms differ. The PRI’s focus is on the execution of security measures, previously announced by Peña Nieto, such as a centralized state police force, the usage of public financing to develop particular industries and economic sectors, the implementation of unemployment insurance, and the creation of policies to increase crude oil production.[20] Conversely, the PAN wants to create public agencies to oversee the compliance with anti-corruption rules, promoting multi-year investment projects in infrastructure, and increase the usage of renewable energies.[21] The PAN increasingly diverges from the PRI in its emphasis on lesser economic involvement by the state.

As the mid-terms loom, a wave of violence against various candidates has erupted. Enrique Hernández, a MORENA candidate for mayor of Yurécuaro, and Héctor López Cruz, a PRI candidate for the city council of Huimanguillo, were both killed on May 14, 2015.[22] According to security analyst Alejandro Hope, “the violence, although nothing new, is a sign of the control that organized criminal groups hope to achieve through the elections.” [23] The violence serves as an intimidation tactic. In states such as Michoacán and Guerrero, territorial disputes between drug cartels, armed groups, and government soldiers have additionally contributed to the escalated tension. The tension in the state of Guerrero has only further fueled criticism of government corruption, following the disappearance of 43 students in September 2014 in the region. Overall, since 2008, 24 political candidates have been killed and nine kidnapped—the majority being in Guerrero—leading up to elections.[24]

Contrary to such tactics, the violence should only further reinforce Mexican voters’ desire to participate within the elections, viewing such as an avenue to reduce the violence that plagues the nation.

Although the PRI continues to rank highest in the polling statistics, the PAN remains a viable threat. Peña Nieto’s administration and the PRI face a real battle, attempting to assuage the public’s concerns of government corruption and national violence, which have increased on their watch.

Meanwhile, the nation remains tense as mid-term elections approach, and violence continues to plague the country. Mexico stands at a crossroad. Ultimately, it will be the Mexican people’s decision whether or not to fulfill their citizen duty and vote come Election Day.

[3] Noriega, Roger. “Midterm Elections in Mexico May Not Provide Momentum for Peña Nieto.” American Enterprise Institute. May 22, 2015. Accessed May 25, 2015. https://www.aei.org/publication/midterm-elections-in-mexico-may-not-provide-momentum-for-pena-nieto/

[23] Bonello, Deborah. “Two Candidates Slain amid Violence Ahead of Mexico’s June 7 Elections.” The Los Angeles Times. May 15, 2015. Accessed May 26, 2015. http://www.latimes.com/world/mexico-americas/la-fg-mexico-elections-violence-