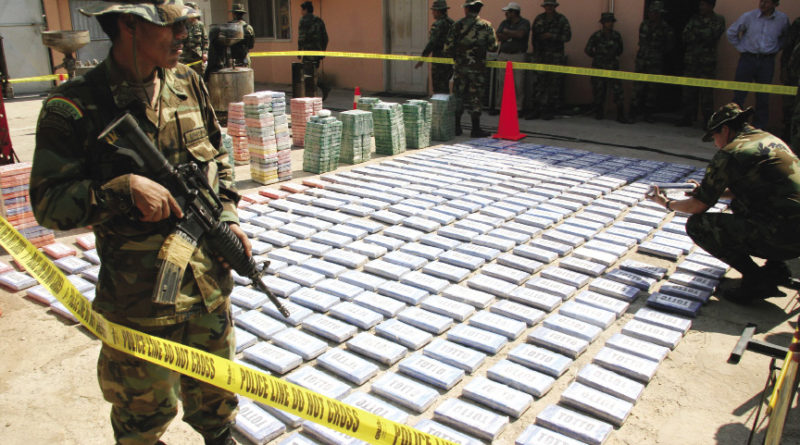 Your September 15 article, “US says Bolivia, Myanmar, Venezuela still failing drug war,” successfully addresses a U.S. report that bears a dubious measure denouncing Bolivia and Venezuela’s “inadequate” steps in restricting the illicit drug trade.[1] Despite this clear overview, the article fails to acknowledge the longstanding American practice of illegal narcotics consumption. Moreover, it also neglects the substantive improvements that the Andean nations have made in curtailing the illicit drug trade in recent years.

According to the National Coca Monitoring Survey for Bolivia, compiled by the United Nations Office on Drugs and Crime (UNODC), coca cultivation in Bolivia has fallen 12 percent from 2010 to 2011.[2] Additionally, cocaine confiscation in Venezuela rose from 33 tons in 2009 to 39 tons in 2010.[3] These statistics illustrate that Bolivia and Venezuela have made a considerable effort in combating narco-trafficking, contrary to the U.S. report.

Furthermore, it is unreasonable for American authorities to condemn other nations for their less than stellar efforts when illicit drug trade primarily stems from U.S. demand. The U.S. is the world’s largest market for drug consumption http://canadianv..ada/. According to the World Drug Report compiled by UNODC, the United States reported 5.7 million cocaine users annually, making it the highest cocaine consumer in the world. Moreover, a third of the world’s cocaine users live within its borders.[4] Perhaps the U.S. should focus on its own troubled area of domestic demand rather than pointing fingers at others as a specious source of the problem.

Siena Sheldon, Research Associate at the Council on Hemispheric Affairs